Flixton is a very small village about 5 miles south of Scarborough on the North Yorksire coast, nestled on the south eastern edge of the Vale of Pickering, between the hills of the Yorkshire Wolds to the south and the edge of the North York moors a few miles to the north. Today it’s quite a bleak and desolate looking landscape, elemental and rugged, with miles of swampy open countryside, but long ago it was a dense forest with a large lake.  It must have been quite a wild, remote spot in the 10th century when the first known report of the Flixton werewolf tells of it terrorising the local countryside.
There is no way of knowing now just how far back the Flixton werewolf tales go, but in the year 940 the situation was such that a hostel was built in Flixton specifically for the protection of travellers. The werewolf had reportedly attacked  sheep and local people as well as travellers.  The winters at that time were recorded as being particularly cruel in northern Britain and food was scarce. Freshly buried corpses were dug up and devoured, and anyone out after dark was risking being attacked. The Flixton werewolf became quite notorious around this time, not just around Flixton itself but also in other local villages. 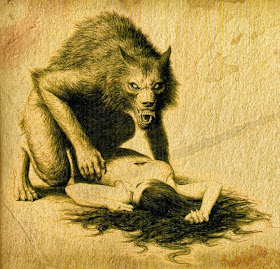 However, the reports then stopped, and he the werewolf doesn't seem to have been reported again for a couple of hundred years or so, when around 1150 (ish) the reports began again.  It, (even assuming it was the same, very old, creature), devoured a local shepherd and a young girl, as well as farm animals. This werewolf walked upright, was incredibly stinky, had a particularly long tail and ferocious looking eyes.  Then all seems to have gone quiet again for about 600 years.

Maybe we should pause here a moment and consider the idea of lycanthropy (the ability to become a wolf, or werewolf) as either an inherited genetic trait, or something which is learned and passed down through the generations in particular families or groups, rather than a single creature roaming around for hundreds of years. Shape shifting is an incredibly ancient phenomenon, reported from all parts of the world in all time periods, even hinted at as far back as the palaeolithic in europe, where cave paintings show the possible transformation of humans into animals. Either way,  it's unlikely that a single creature could survive over a period of at least a thousand years.

One particularly interesting twist to the legend is that it was believed the werewolf was connected to a local magician who either used the creature for his own ends or was actually a shape shifter himself,  taking on the form of a wolf at will.
Anyway, Sometime around 1800 a carriage travelling to York was attacked just outside Flixton by a huge wolf like creature who first attacked the driver and then the occupants of the carriage. One of the travellers reportedly shot the creature, but apparently he didn't use silver bullets, because the creature was unharmed. It has to be remembered that wolves had been pretty well eradicated from this area by that time, and anyway a solitary wolf would have to be pretty desperate to attack a carriage full of people.
Then again much more recently, in the 1970's, local reports say a truck was attacked when a huge wolf like creature jumped on the front and tried to bash its way through the windscreen.
Moving further forward in time to 2016, a story that may be relevant was widely reported in the media about a creature which was seen several times near Beverley, which lies just over the Yorkshire Wolds about 25 miles to the south of Flixton. There were at least 7 sightings reported over a short period of time, of a creature described as 'half man, half dog' which stood upright on its hind legs, then dropped down and ran on all fours before jumping 30 feet over the Barmston Drain drainage canal. It was reported to be at least 8 feet tall and covered in shaggy hair. There is a local legend dating back centuries of a creature called 'Old Stinker' which is also tall and hairy, and has red eyes. Whether this is connected to the Flixton Werewolf legend is anyones guess, but local people organised a 'Werewolf Hunt' to try and find more evidence (presumably carrying pitch forks and burning torches).
So the Flixton Werewolf may be a flesh and blood creature or local folklore, but whatever it is it certainly hasn't gone away.

Another point of interest is that Flixton is the site of Star Carr, a neolithic lake village which dates back to the end of the last ice age, and so is the first  known site to be occupied after the glaciers retreated about 11, 000 years ago. This gives the place a very ancient history indeed and is a perfect place for stories and legends to grow, and although the oldest reports of the werewolf at Flixton date back over a thousand years, who knows whether people were telling tales of strange creatures here many thousands of years before that, way back in the mists of time.

"He has left his stamp on classic antiquity, he has trodden deep in Northern snows. He has ridden rough-shod over the mediævals, and has howled amongst Oriental sepulchres. He belonged to a bad breed, and we are quite content to be freed from him and his kindred, the vampire and the ghoul. Yet who knows! We may be a little too hasty in concluding that he is extinct. He may still prowl in Abyssinian forests, range still over Asiatic steppes, and be found howling dismally in some padded
room of a Hanwell or a Bedlam".
Sabine Baring-Gould. The Book of Werewolves (1865). 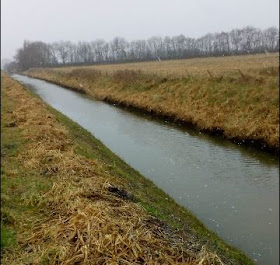 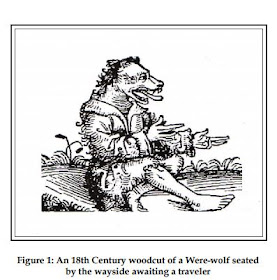 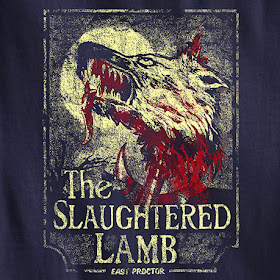 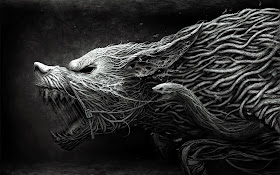 welcome and thank you for visiting.