A couple of years ago i came across some very unusual 'jelly' in the garden of a house in the North York Moors national park in northern england.        It was a clear jelly, in sort of cube shapes,in several large lumps about an inch across,  as well as more blob like deposits scattered around an area of about 23 sq yards. It didn't smell, and remained undisolved for about a week even though it was quite wet weather. 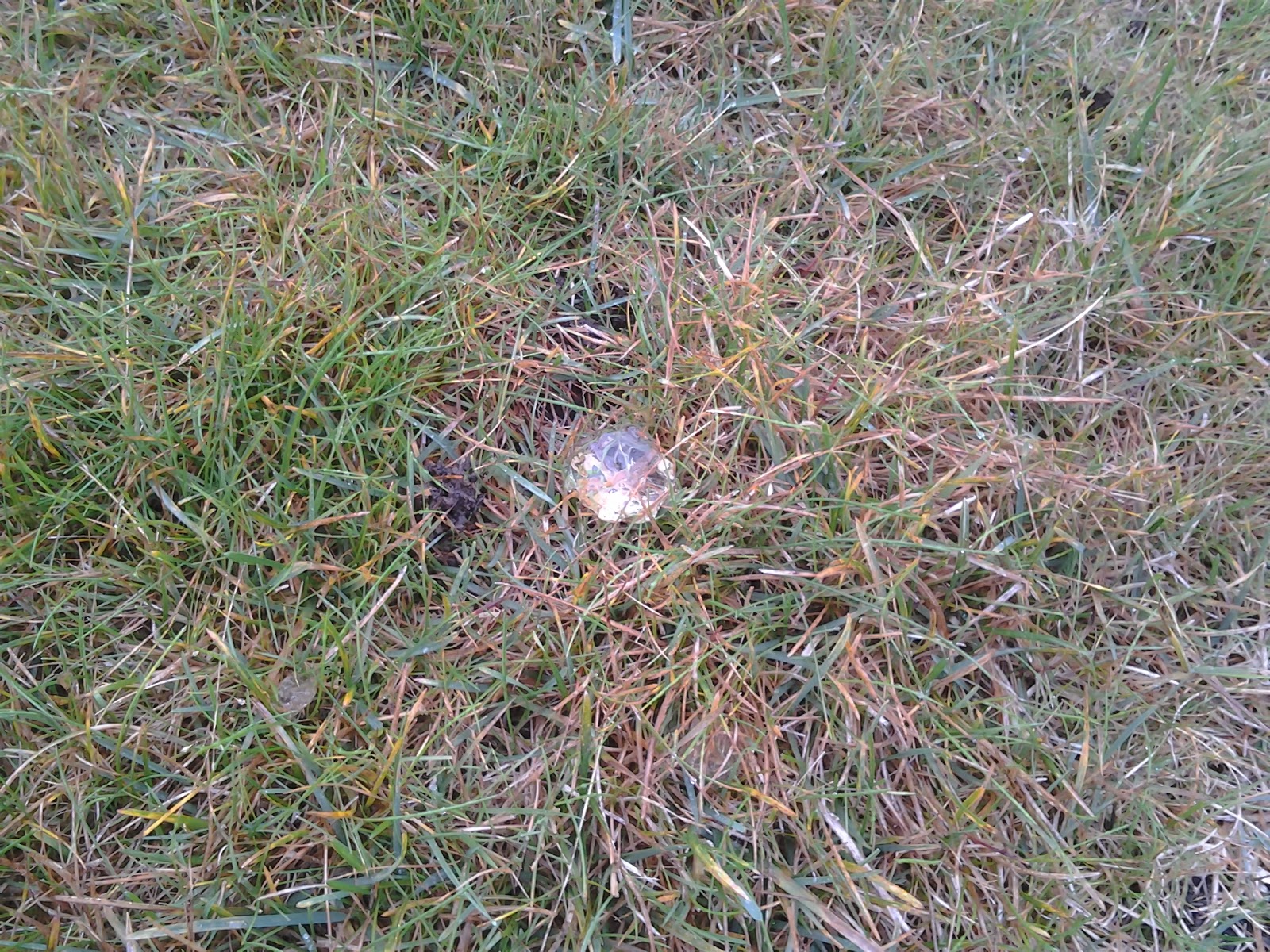 My photo.
I've spent a large part of my life working and wandering in the countryside but this was something I'd never seen before, so  I took some photographs and did a bit of research, but more recently  I've come across several references to what seems to be the same as the stuff I saw. So what I've found out is that no one really knows quite what it is ! 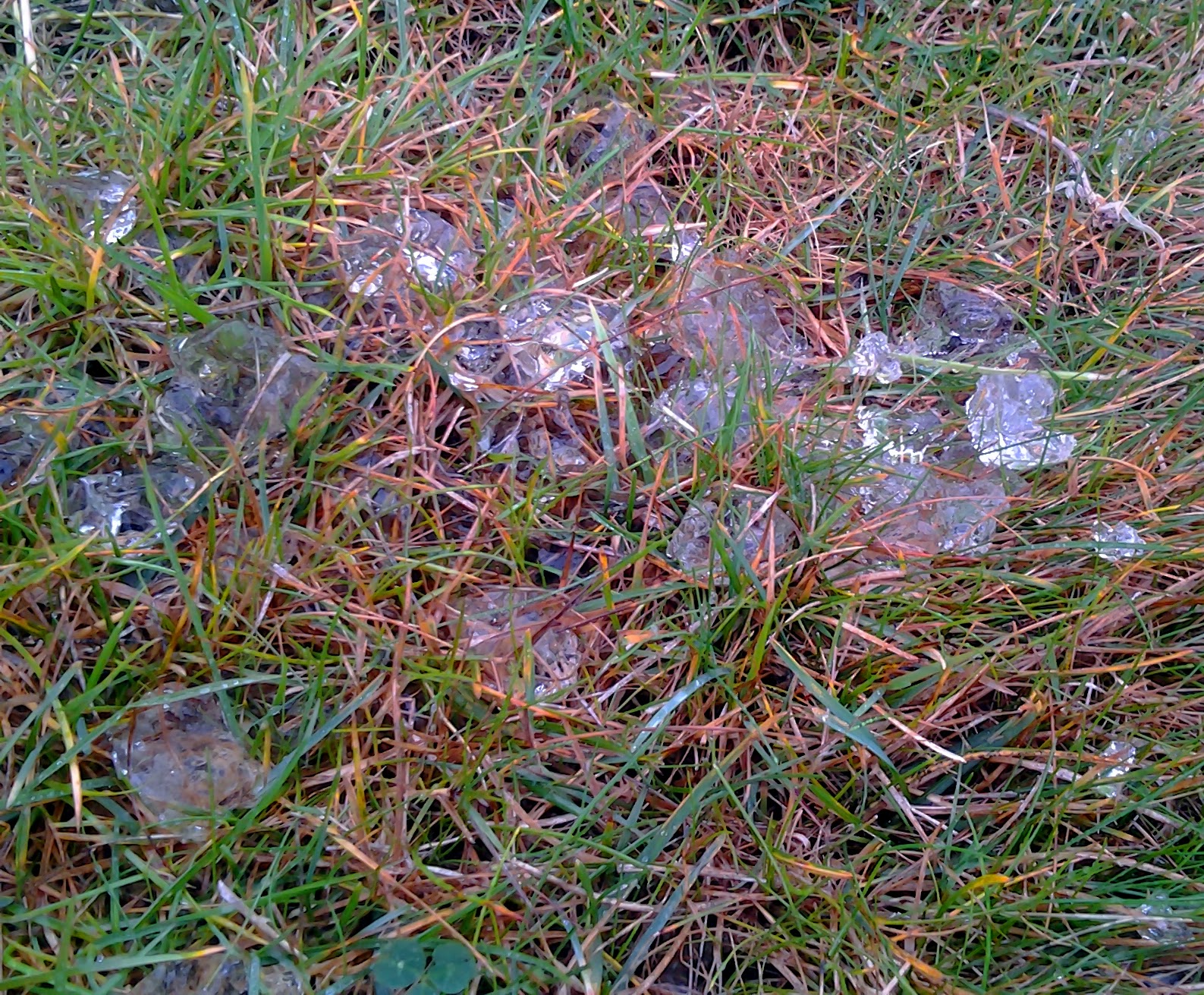 My photo.
Space goo or something  similar has been found in various parts of Scotland over the last few years, as well as the Lake District in north western England, and as i said, in North Yorkshire. Many other places as well I'm sure, but these are just the instances ive come across.  The earliest record ive found is from  John of Gaddesden who lived from about 1280 to 1361. He was a well known physician who mentions it in his medical writings, suggesting it could be used for treating abscesses. He called it star of the earth, and described it as a 'certain mucilaginous substance lying upon the earth. ' I assume people have always seen it though. 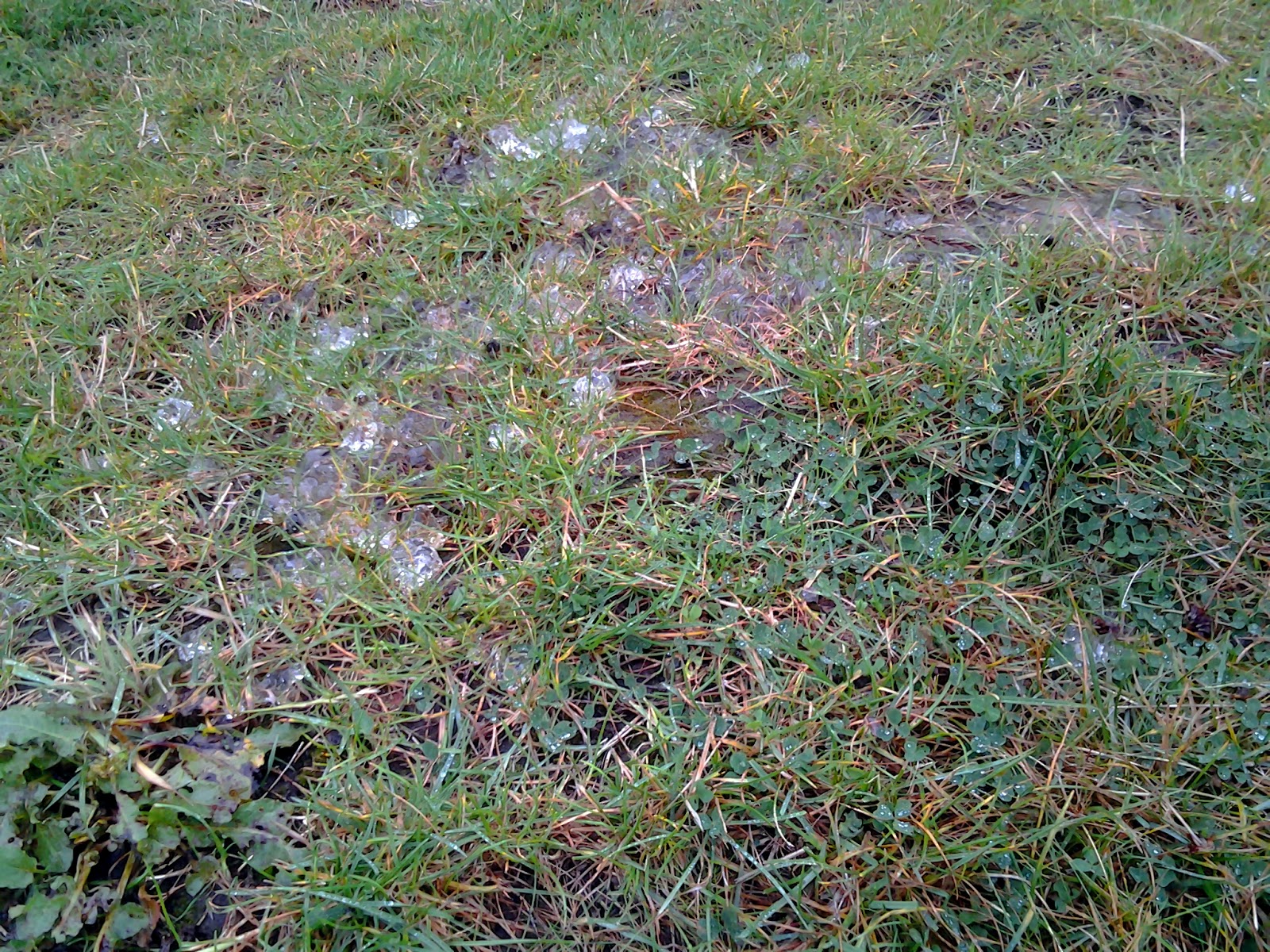 My photo.
For hundreds of years (AT LEAST) people have associated star shot with meteorites. In 1440 in an english-latin dictionary it was called 'star slyme'  or assub, which means falling star or shooting star. 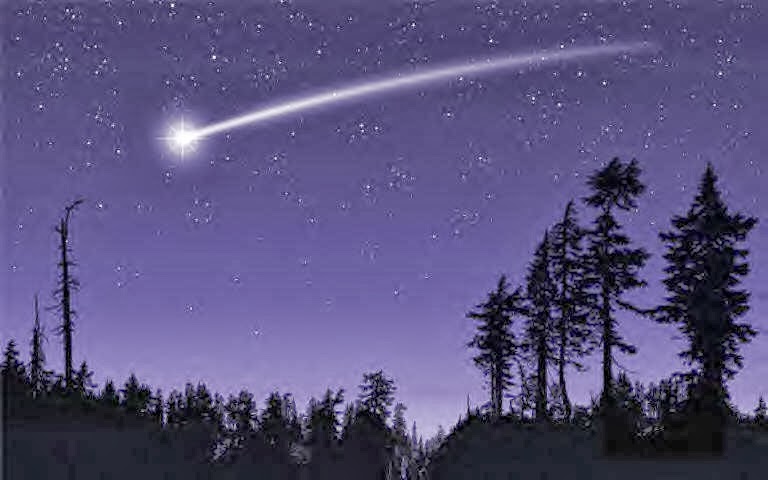 An article in Fate magazine (date and author unknown) described it as 'cellular organic matter' which floats around in space in 'presteller molecular clouds' (?). 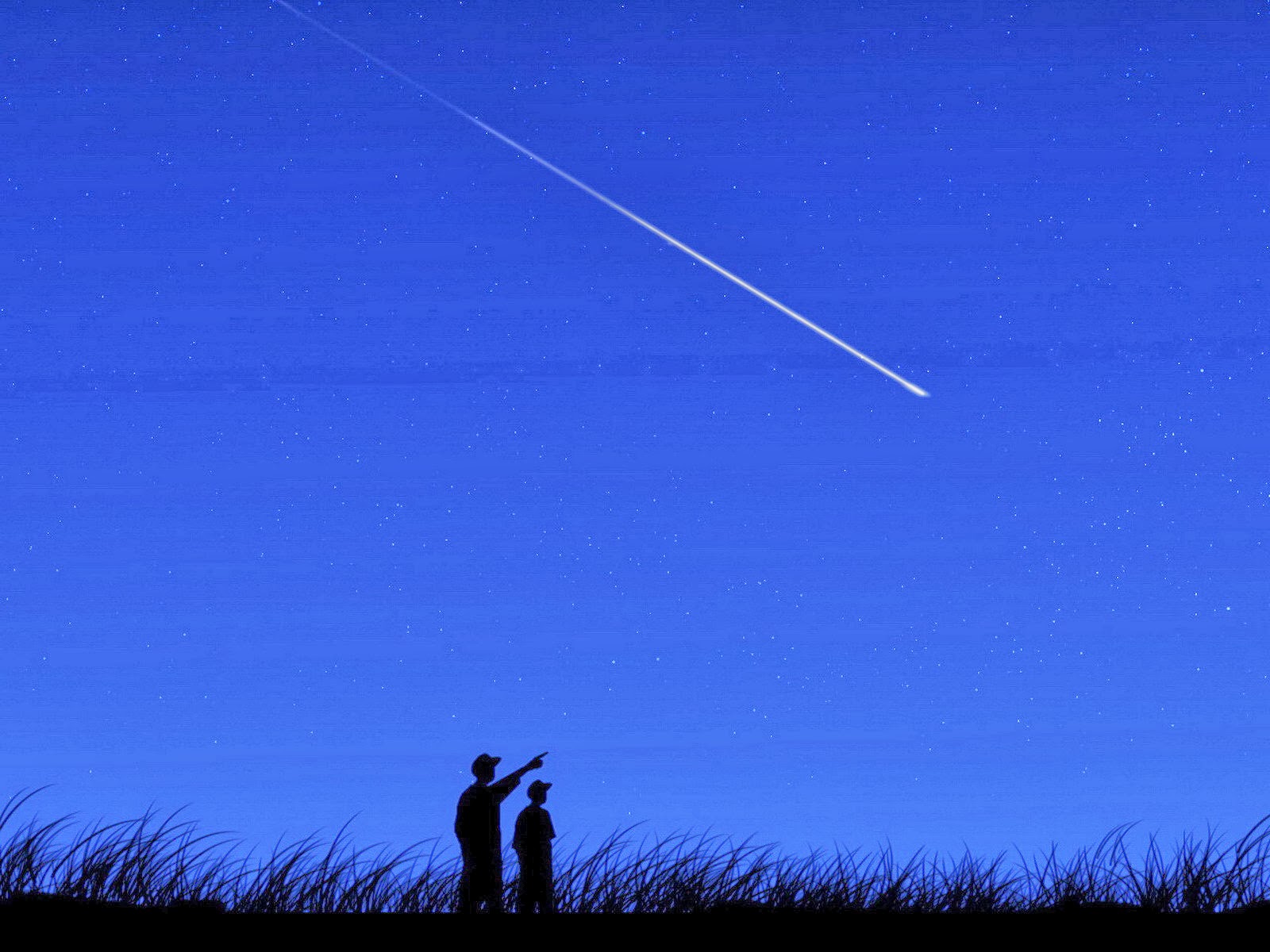 On 3rd November 1996 a bright meteor was seen at Kempton in Australia, and the next morning residents found translucent slime on the roads and in their gardens.
There were several falls of 'gelatinous rain' in Oakville, Washington, in 1994. National geographic called it 'mystery goo rain'. Microbiologist Mike McDowell tested the substance and claimed it could cause illness to anyone who touched it, and said he believed the town had been used as a 'test site' and that the substance had been manufactured. Scientists commissioned by the National geographic society tested some samples but said only that they had failed to find any DNA in the jelly.
There are many such stories.
Some people believe Star jelly to be some kind of pre fertilized frog spawn,  or 'proto spawn' which may have been regurgitated from amphibian eating birds, such as Herons,  which may sound plausible, but the amount I found would have needed to come from some form of monster frog, or a huge army of normal sized frogs. This substance is also sometimes called Otter jelly, presumably because its supposedly regurgitated by otters. mmm.
Slime moulds are another possibility as there are various types and can look unusual.
But then where's the DNA ?
Finally,  a man named Andy Malcolm reportedly claimed on a Scottish radio programme website that it was stags semen. (How would he know that ? ). Well what i found certainly wasn't stags semen. 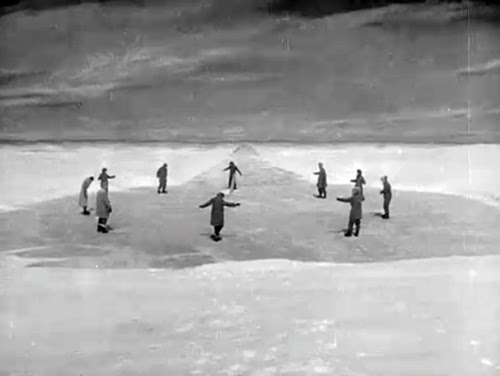 LOCH NESS......CREATURES FROM THE OTHERWORLD. 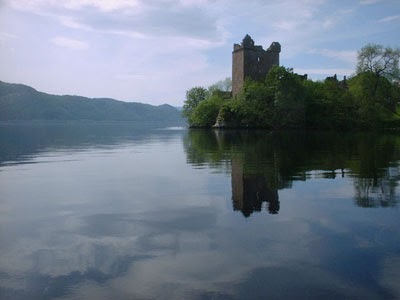 Loch Ness in Scotland is a magical landscape and a most beautiful and atmospheric place. It's no wonder people see otherworldly creatures or 'monsters' here.
Loch Ness forms the north eastern end of the wild and natural landscape of Scotlands Great Glen, which stretches from the east coast to the west coast and splits Scotland into two distinct parts. Loch Ness itself is a very large loch, about 20 miles long and incredibly deep in many places.
The Great Glen, which forms a series of lochs, of which Loch Ness is the largest, is formed by a geological fault known as the Great Glen Fault, and stretches from Inverness in the north east to Fort William in the south west. It cuts through wild mountainous country and divides the north west highlands from the Grampian mountains and has always been a remote place until relatively recently, when it has become a major tourist attraction.
So what exactly is happening at Loch Ness ? Just what is the creature, or monster, that so many people see ? And be under no illusions, people do see it, and quite often. There are many theories.
Lakes, meres, pools, and any large bodies of water have always been seen as gateways to the otherworld in Celtic mythology and the fairy lore of Britain, ( and in fact the lore of many places and cultures), where creatures from other realms have access to ours. There are many many stories in Welsh, English and Irish, as well as Scottish folklore and mythology, that tell of water creatures visiting our world. As well as the many dragons, worms etc, there are the phookas, kelpies and myriad other water creatures of traditional lore. These legends show that people have interacted with otherworldly water creatures in these islands since at least the end of the last ice age ( at the beginning of the holocene epoch about 12000 years ago).
In recent years the numbers of sightings of the 'monster' have dropped greatly, so this is possibly due to the taming of the landscape and the huge number of visitors, new roads to accommodate tourists invasions etc. Unfortunately this has had a negative effect on the atmosphere of the place. If anyone wishes to visit Loch Ness i would recommend spring or autumn, when visitor numbers are lower but the weather is still reasonable. Scottish winters can be harsh and can make monster hunting distinctly uncomfortable !
atmosphere is very important in the summoning of visions etc.
Another theory is that the sightings of strange creatures are due to the geological faulting of the glen. It is now accepted that strong geomagnetic fields can have a profound effect on the human brain and consciousness, and are known to cause visual hallucinations as well as producing various visual phenomena such as earthlights, lights in the sky etc...
'Geophysical' energies produced by fault lines are thought to be involved in countless reports of strange lights, fairies, visions, hauntings etc as well as people experiencing involuntary trance states, and this could apply to modern reports as well as folklore from such places.
In no way am i inferring people do not see a 'real' creature at Loch Ness. Many people will swear they have and unless you were there at the time no one has any right to contradict them. The theories and ideas im putting forward here are just ideas which may or may not relate to what different people see or experience. There are many such places around the world which gain a reputation for having something otherwordly about them. Opinions differ over whether the undeniable atmosphere of such places is a product of the human mind or something outside of ourselves. Loch Ness must surely be one of the most famous most popular of these sites and many thousands of pages have been written about it in books, magazines, websites, journals and reports, as well as photographs and film footage. So a history or catalogue of the many sightings need not be included here.
The various theories of what the Loch Ness 'monster' is include some kind of large survivor from a distant age, which would obviously mean 'creatures' (plural), surviving and breeding over many thousands of years. This is certainly not impossible, given the remoteness and physical geography of Loch Ness. It is very deep and very dark and has all kinds of caverns and cave systems associated with it, some of which are reported by local people and geologists to link with other lochs in the area. The geological history of the region and its relationship to the various glaciation periods is complex but does not preclude the possibility of prehistoric survival in the lochs of the great glen.
The usual objection to to a colony of large creatures surviving in the area is 'but surely people would have seen them..............' 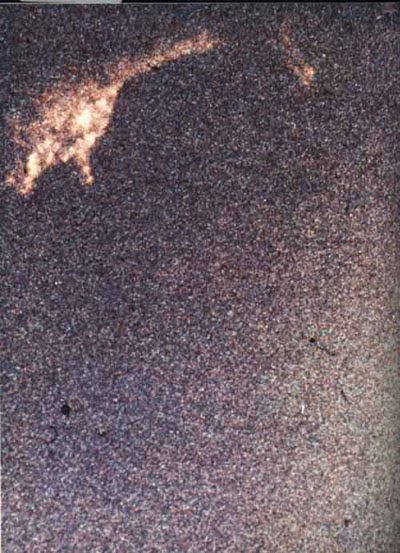 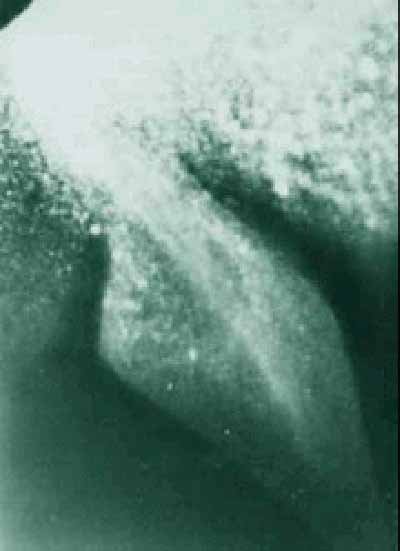 (The above two photographs were both taken in Loch Ness.) 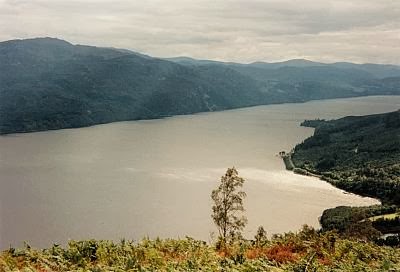 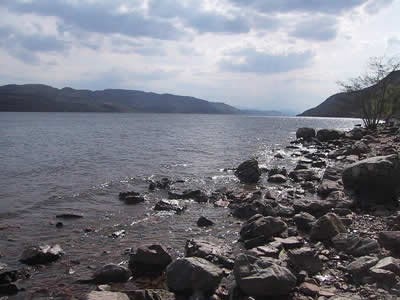 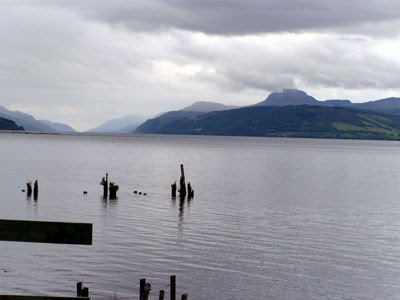 None of the photographs reproduced here are mine and i do not own the rights to them. They are used here for educational purposes only. 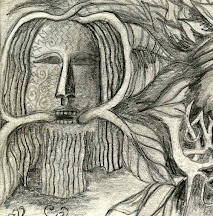 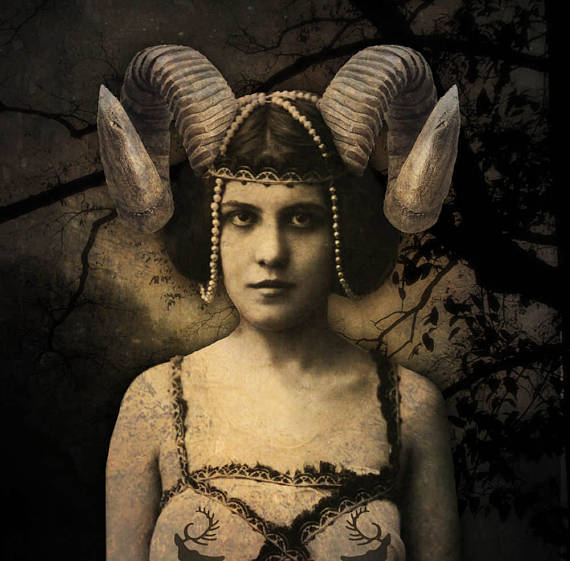 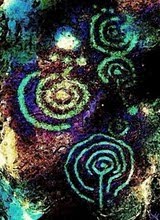 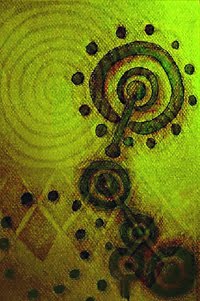 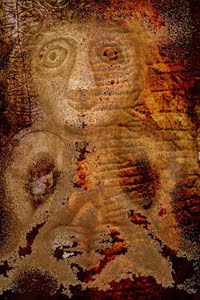 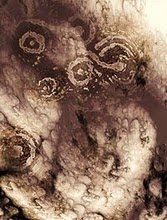 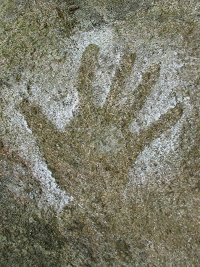